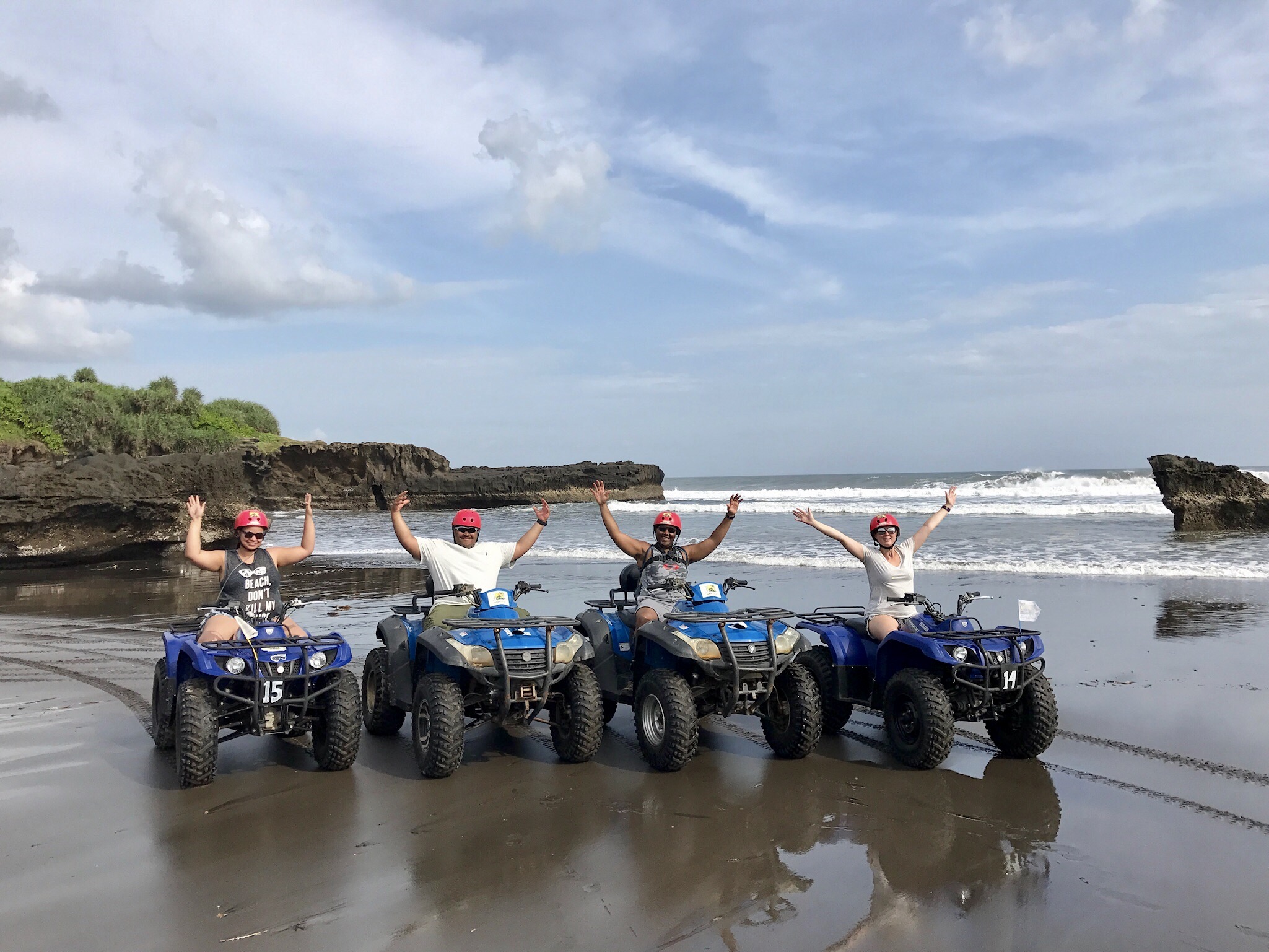 Tired of hearing about Bali yet? Don’t worry, this is my last post! I don’t normally write about every day of a trip, but then again I also don’t do incredible things Every. Single. Day.

Anyway, on our last day in Bali our flight didn’t leave until 9:45pm. Obviously, that meant we could squeeze in one final activity. What did we pick? As may be obvious from the title, we did an ATV ride through the island!

Now, I’d never ridden an ATV before, so I was a little nervous, but it was actually really easy. We had the quads for two hours, which meant we rode down across the beach, through the waves, over coconuts and all kinds of driftwood, and up into a little local village, where all the children ran to stand at the door and wave to us as we went by. It was awesome! 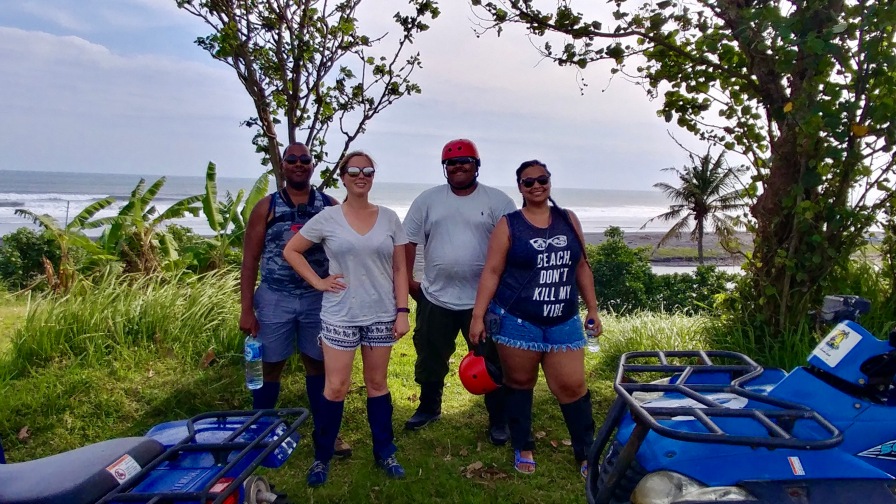 I only put sunscreen on my face so now I have a really sweet v-neck and farmer’s tan line. Such is the price I pay for my adventures.

We stopped a few times for photos, and once a cow even tried to attack Deja on her ATV. Like, I’m not gonna say it was hilarious…but it was. Cows are sacred in Hindu, so there wasn’t anything she could do about it. Eventually, our guide ended up holding the line the cow was attached down so she could ride over it and escape. It was great.

Unfortunately, traffic in Bali is absolutely atrocious. It takes at least an hour to get anywhere, and more often two hours. As an example, our ATV place was located fifteen miles away, and took a little over an hour and a half to get to. This meant that we were a bit late getting back, and David and I had to rush in order to pack and get to the airport. I know, I know, I’m a procrastinator. But for good reason!

Anyway, the flight back from Bali was the worst…a full 24 hours to get back to Houston and an additional four more to get to Orlando, where I’ve just spent the last five days. I’ll tell you guys all about it next.