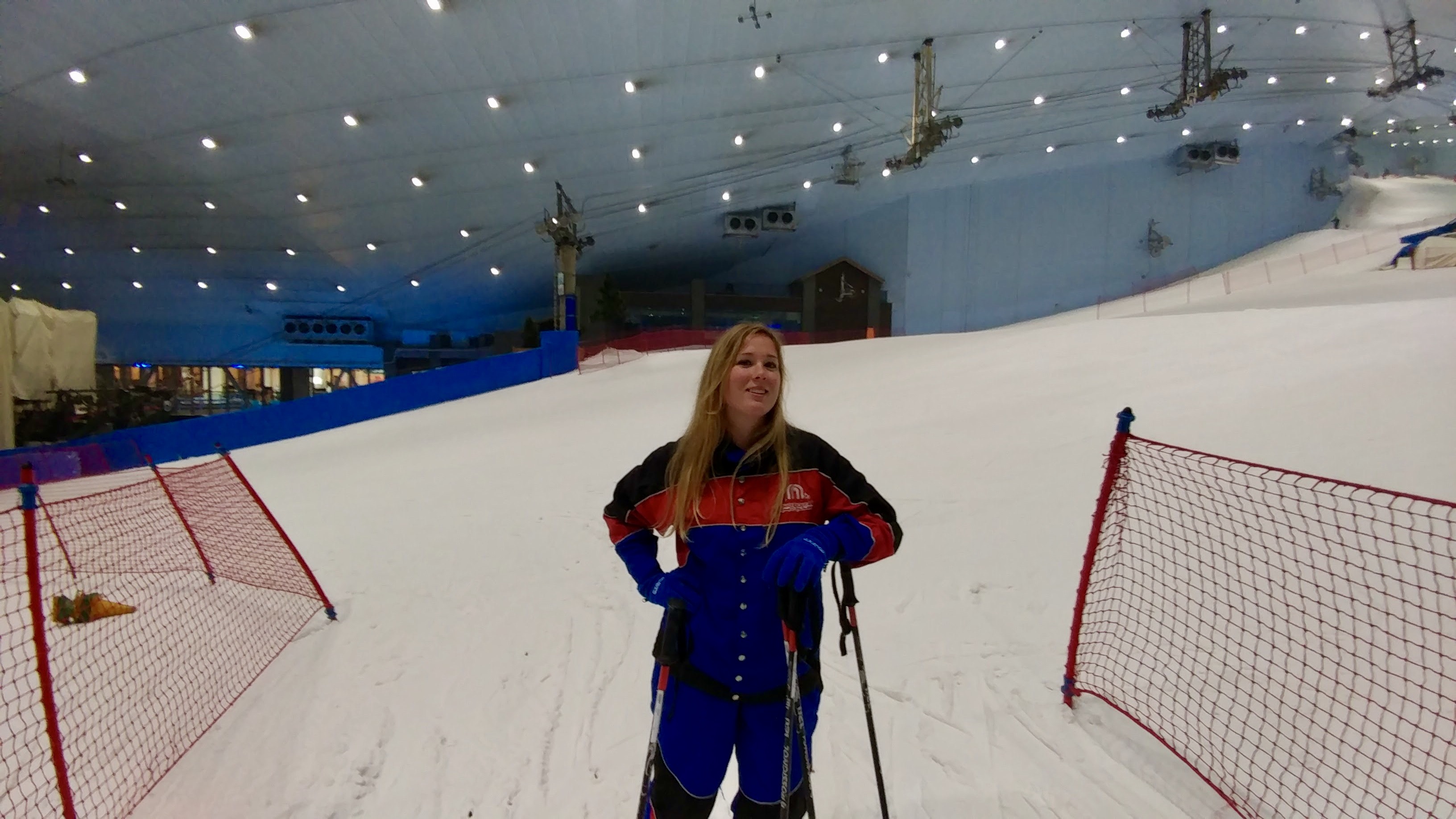 I’m just going to go ahead and admit now that I booked these tickets to Dubai solely on the fact that I knew Dubai was this insane city of gleaming metal and novelties, and let me tell you, it did not disappoint.

Now, Dubai may be short on the whole Arab culture thing (almost no one is actually Emirati), but what it does have is style. Lots and lots of style. Think of Dubai like a gleaming, un-trashy version of Las Vegas. Everything is huge, glittering, and gaudy, and almost everything there is built for your amusement.

Which is how we came to Ski Dubai. Surely everyone by now has heard of the mall with a ski slope built inside? I certainly had, and I made sure that I had skiing at the mall on my to-do list of UAE activities.

Shout out here to Hairless Hannah, whose advice about Dubai I stumbled across in January, and whose recommendation to use the Entertainer app saved me almost $400 between food and activities. This is her post here, if you’d like to check it out. Essentially, you buy the Entertainer app and it gives you massive quantities of buy one get one free specials, which is basically how PJ and I dictated where we ate and a lot of the things we did.

We used one such coupon for our first day at Ski Dubai, which includes a snow park as well as the ski slopes. 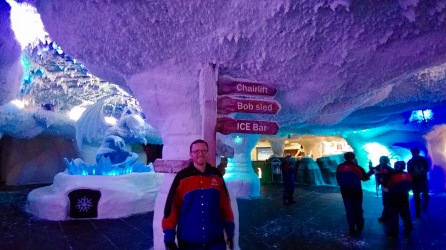 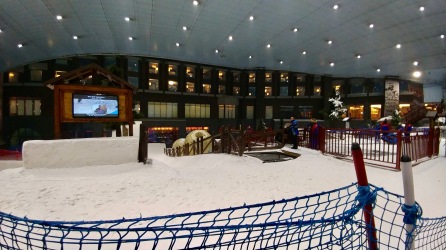 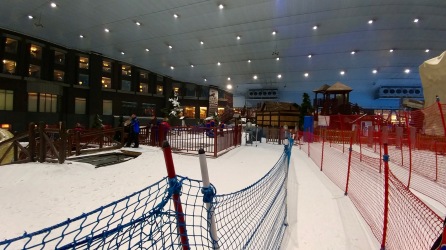 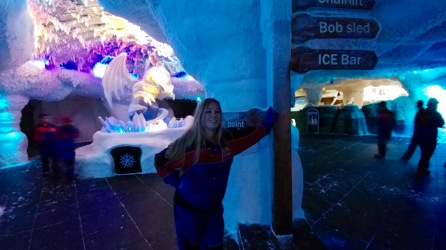 That’s right. We, PJ and I, bobsledded down a hill, threw snowballs at each other, rode inner tubes down a half pipe, and climbed inside an enormous rubber ball before we decided to pick up our skis and try out the slopes. I promise we are adults. 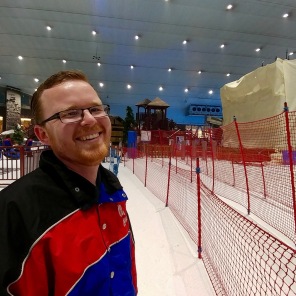 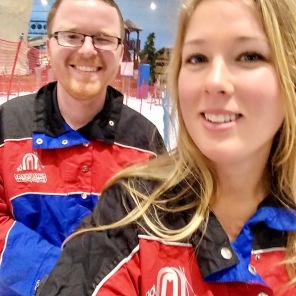 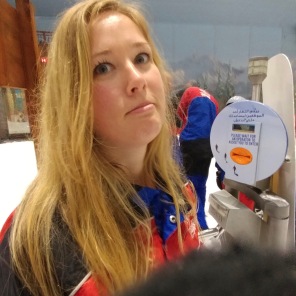 If you all recall, I’ve really only skiied once before, during a Valentine’s Day trip earlier this year. I took lessons for a day in an effort to avoid re-breaking my tailbone and ankle like I had the first time I attempted skiing. I did great! However, it had been months since that lesson, and I was feeling decidedly nervous hopping back onto skis. I think it has something to do with my tragic first time. 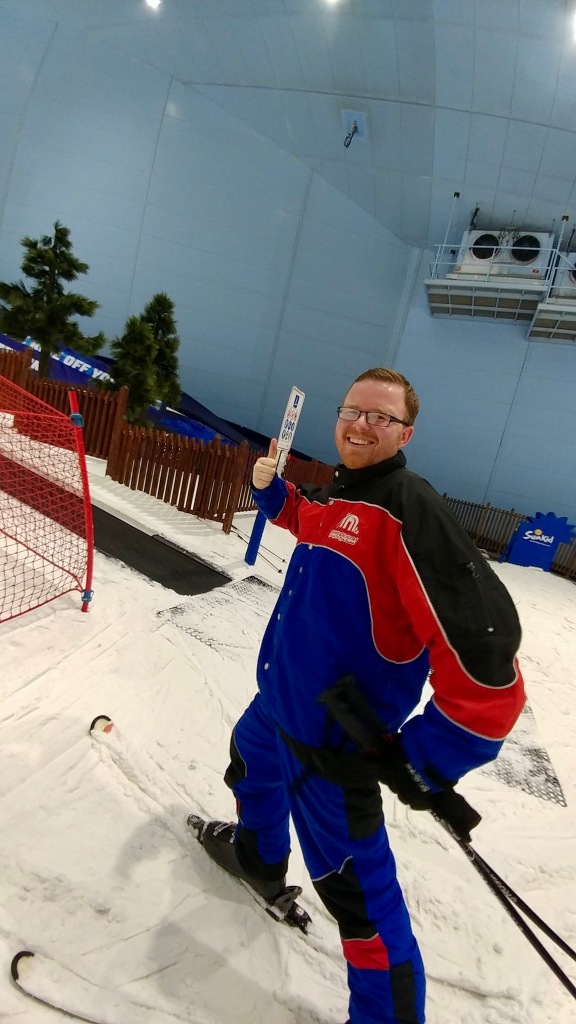 Anyway, I forced PJ to go down the bunny’s bunny slope with me a few times before I finally mastered the courage to head up to the regular bunny slope. 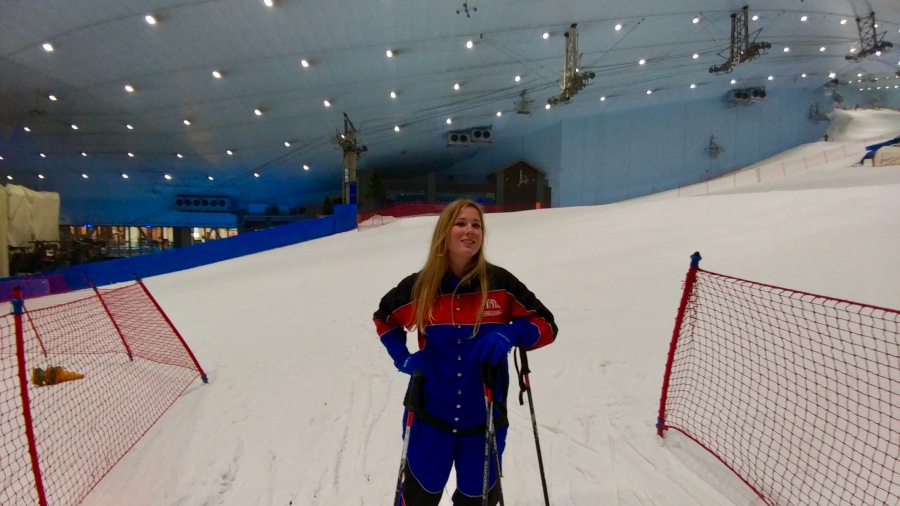 Also, side note here, I would just like to say that Ski Dubai is really cool. It’s got 5 different slopes, from beginner to expert, and they’ll sell you a full day lift ticket (like 9am-11pm) for 80 bucks. There’s no wind or sun, and though it’s cold, they also give you snow clothes to wear while you’re inside. The snow gets a little packed by the end of the day, but overall it’s not super busy and it’s probably one of the best/cheapest places to learn to ski.

I got my ski legs back pretty quickly, and finally felt confident enough to try out the bigger slope. There’s only one problem. The only way to get up there is via the drag lift, which is a little pole that slides between your legs and literally drags you on your skis up the mountain.

To date, I have never successfully ridden a ski lift. This now also includes the drag lift. I ate it on a corner where the lift changes pulleys (people fall so often they have someone stationed there) and was so embarrassed that I ended up trudging back down the slope. No, I couldn’t ski it. It was the black diamond slope, and I wasn’t about to attempt that immediately after beefing it on the stupid drag lift.

I returned shamefully to the smaller hill, where I immediately fell down for the first and only time of the day.

Confidence is key folks, and I know when I’m beaten. I took my skis off and went home for the day.

However! The Entertainer app had one coupon left for a BOGO full day ski slope ticket, so PJ and I decided to return for our final day in Dubai.

First, we spent the greater part of the day tanning at the pool in 110 degree weather. Then, when we were nice and overheated, we returned to the hotel room, cleaned up, checked out, and dragged our luggage back to the Mall of the Emirates (for free luggage storage) before hitting the slopes from about 5pm-8:30pm. No, it wasn’t a full day, but we had planes to catch. 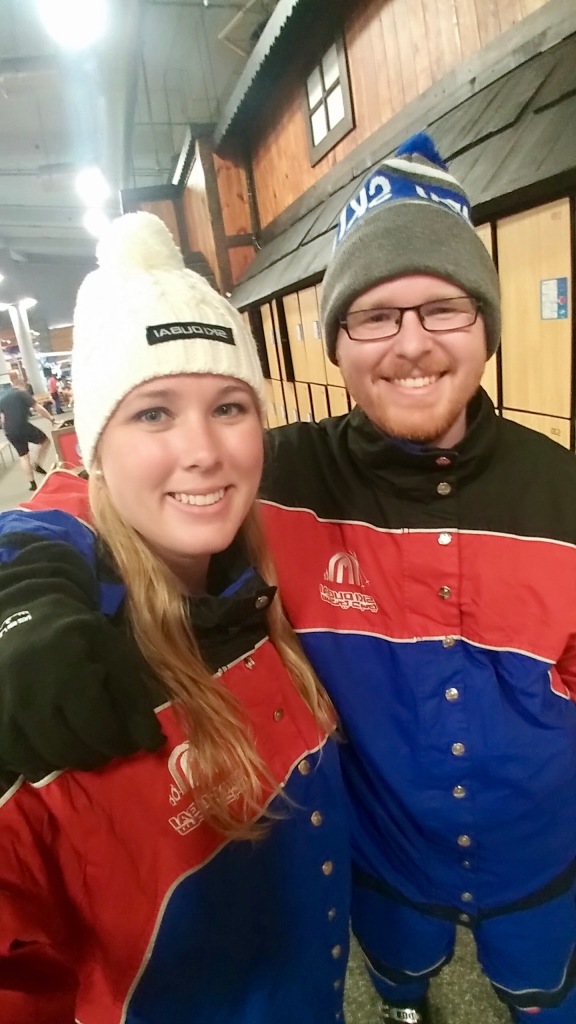 This time went much better! It took me a lot longer to get my groove back, but once I got going I started nailing the carving.

No, I didn’t try the drag lift again. I think I may be cursed.

Anyway, we had a blast and spent our last few hours in Dubai carving up the slopes before heading home.

I’ve got more stories from our trip ahead!